Showing posts from April, 2019
Show All

Teaching programming to children can be evil sometimes, why? Before I start telling, this article is written to warn parents from being fooled by scammers. Not always an intentional scamming, to be honest. Also, this article is for developers who are interested in creating an open-source material for teaching basic computer concepts for children. Okay, not only developers. teachers, artists and movie makers all can collaborate. Anyone else isn't meant to continue reading unless they are just interested. Some Stories I'll start by telling some stories. I was a mentor in an event called Nasa space apps challenge - Ismailia , Some teams were children competing against the teams made of youth and senior college students. One of the judges was my mentor one day(His name is Kareem),  we were heading to Cairo in his car after the event and all of us were just describing how amazing those children are. Kareem: When the children went up to the stag
Post a Comment
Read more 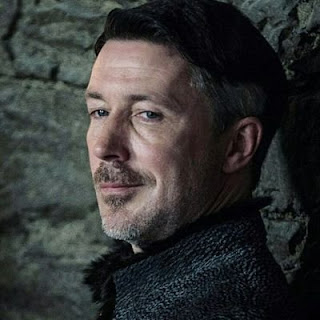 In my Article: Why you should learn version control , I described why I think every developer should learn git and use a website similar to GitHub. I also provided some getting started material. In A Walk through GitHub Article , I described how people should Interact in GitHub. But why GitHub? What can I get from this community? Work with experts Your PRs are going to be reviewed by other experts who read books, took courses and got certified. They will leave comments for you, I work as a part-time mentor and I know how much students pay just to afford experienced mentors who will leave comments for them. Get some reputation In meetups, when people talk about how revolutionary is the Bitcoin, some people will happily announce that they are Bitcoin holders or miners. How many will announce with confidence that they are contributors? Can you imagine yourself in this situation?  The most revolutionary and famous open-source software products are in GitHu
1 comment
Read more

In the past few months, I was tracking some rogue thieves and their online activities. I found that most of them depend on greed, naiveness and impatience of people. In this article, I want to tell you some things that you have to suspect once you notice one of them. Please note that this is not a complete list, stay aware and watch out because many people out there need your money no matter how they will get it. Too good to be true when an offer is too good, ask yourself why not everyone else making use of it? why not everyone is happy? why life sucks? One-side win When someone gives you an offer, he is probably advertising his product, getting rid of old unmatched trades so that he can get money for more successful trades or even he is drunk and he got a baby so that he can’t see what is he doing. All of these can be chances for you, also you can easily detect such cases. But when someone gives you an offer and you can’t see what he is g
2 comments
Read more

April 19, 2019
In this Article [link]  I described why I think every developer should learn git and GitHub. Many fresh graduates and juniors contacted me asking about guides on how they should deal with GitHub and how to interact. Here, I will walk through some live examples and show my opinion about how good developer should deal with the open source community. I'm assuming you know about git and GitHub. Opening issues. When you have a problem with a project, you submit a ticket (aka issue), you should clearly describe the issue and spend few seconds searching if it was reported before (If yes, go ahead and join the discussion). Opening a ticket can be for: Asking for a feature. Asking how to contribute (If you want and the README file doesn't have enough information). Reporting a bug. Complaining about the leak of documentation. Complaining about the absence of some code quality tools. This list isn't final and I'll add more if I got suggestions. gener
3 comments
Read more
More posts