April 27, 2019
Teaching programming to children can be evil sometimes, why?

Before I start telling, this article is written to warn parents from being fooled by scammers.

Not always an intentional scamming, to be honest.

Also, this article is for developers who are interested in creating an open-source material for teaching basic computer concepts for children. Okay, not only developers.

teachers, artists and movie makers all can collaborate.

Anyone else isn't meant to continue reading unless they are just interested.

I'll start by telling some stories.

I was a mentor in an event called Nasa space apps challenge - Ismailia, Some teams were children competing against the teams made of youth and senior college students.

One of the judges was my mentor one day(His name is Kareem),  we were heading to Cairo in his car after the event and all of us were just describing how amazing those children are.

Kareem: When the children went up to the stage I told organizers to wait a minute because he wants to forget how cute are they to be able to judge.

Sallam(Mars One Round III Astronaut Candidate): Not only cute, but I was also amazed by their understanding and proficiency.

Kareem(confirming): Yes, they have created an Android app with features that some of my students struggle to implement.

Kareem asked me to confirm (As I was one of his students, and I've confirmed).

Now let's have a step back, I was a mentor and I was the one who created all of these features, They wrote the code but I solved all the problems and I told them what exactly to do.

That don't make them less wonderful, They were wonderful kids as any kid learning a sport, music or drawing.

They aren't exceptional or intelligent (Not yet).

Another story, I remember those girls form a school called STEM.

They used to come to our college and ask engineering students and TAs for help, They also sometimes seek help from professors.

They are required to create a kind of science projects, They find some enthusiasts like me who ask them to buy x, y and z and that enthusiast makes the project for them and tell them how it was made.

Actually, those children are smart, they come with the idea and they understand complex topics.

But, they are not inventors as described by society (Again not yet).

We should not teach children how to program? No, We should teach them programming.

They must understand programming and technology.

The problem is that we should avoid any sort of superiority illusion, they must act the same as children who are learning music, sports and languages.

The children don't do anything wrong (Until they are adults), but we adults think our children are different and exceptionally smart.

The business will provide what you need, you need to think that your baby is brilliant, they will help him memorize complex stuff and give him an easy to follow way to look so smart.

The right way is to teach children with toys and let them understand basic concepts and practice logical thinking.

pushing them to build products and expecting them to be coding freelancers or to build a program that will compete against Google is completely wrong and ruins their future.

Don't mistake me, I'm not saying that we shouldn't encourage children, there is a clear difference.

When a child hits you in the stomach you scream and act in pain to let him think he is getting stronger (yes he do).

Good, never make him fight against an adult boxer, you know why.

We are wasting our money and destroying our children.

Here what I think should be done, there are many resources and tools made for teaching children programming.

This, This, This and This are some resources I found using google.

However, I think that the community should start to build an open source platform that makes it easy for parents and schools to follow the teaching process and connect them with mentors, merchants (who sell books and tools) and testing systems and competitions (suitable kind of competitions).

This idea may need some crafting and enhancement, share your thoughts, it may turn into a world-changing product.

Disagree with me? I wish I'm wrong so please tell me why I'm wrong.

P.S
The discussion with some of my friends made me able to write this, Thanks to all of them and especially for Bahaa who revised it before publication.
Tutoring 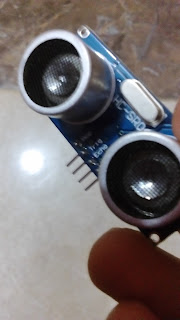 This is tutorial to help you understand ultrasonic and buzzer and go deeper into learning Arduino, follow these steps and give me feedback please.

1. Prepare your material and tools 1. Test Board 2. Ultrasonic sensor 3. Arduino cable 4.  +5V buzzer 5. Male to male pins 6. Arduino uno board
Tools and materials are shown in the pics

3. Load the code to your Arduino          You can find code in codebender.cc here, it is well described and commented.          This is copy of the code any way. /*
This code should work to get warning cross the buzzer when something be closer than 0.5 meter
Circuit is ultrasonic sensor and buzzer +5v and Arduino uno is used
a_atef4…
Read more

Many fresh graduates and juniors contacted me asking about guides on how they should deal with GitHub and how to interact.
Here, I will walk through some live examples and show my opinion about how good developer should deal with the open source community.
I'm assuming you know about git and GitHub.
Opening issues. When you have a problem with a project, you submit a ticket (aka issue), you should clearly describe the issue and spend few seconds searching if it was reported before (If yes, go ahead and join the discussion). Opening a ticket can be for: Asking for a feature.Asking how to contribute (If you want and the README file doesn't have enough information).Reporting a bug.Complaining about the leak of documentation.Complaining about the absence of some code quality tools. This list isn't final and I'll add more if I got suggestions. generally, you got the idea, it's ca…
Read more